In recent days, there have been several thefts of Kosovo and Metohija. As the news portal ikos.rs reported, unknown people stole and killed nearly 100 doves and quail from the farm of Moravčević family in the night of 3 to 4 May in the Serbian “enclave” in Orahovac. Also in the village of Banja, there was a similar incident, as the known humanitarian organization Solidarité Kosovo reported. In the night of 5 to May 6, thieves broke in through the roof in the barn of a Serbian family and stole three cattle. It is particularly important to understand that this kind of incidents can sometimes be life threatening to local people. On it rightly points also Solidarité Kosovo.

“In Paris or Brussels such events may seem insignificant. It’s just another line in a report by the technocrats. But if you are locally, one understands the consequences for the Community. The people are hungry and one day of hunger may be so large that you have to go. Is that the point of it?”, writes the charity organization on its Facebook page.

In the case of the family Moravčević in Orahovac the European Solidarity Front for Kosovo has made quick help towards the family with a donation of 100, – Euro. It will allow the immediate acquisition of approximately 20 new birds for a new beginning of the breeding. Just as it describes the French organization Solidarité Kosovo, it is also in Orahovac. So the extra income by selling eggs and the like is extremely important for the existence of the family. One hundred doves, chickens and quail may be worth in so-called “West” a tired smile. For the Serbs in Kosovo and Metohija, it may mean the existence! 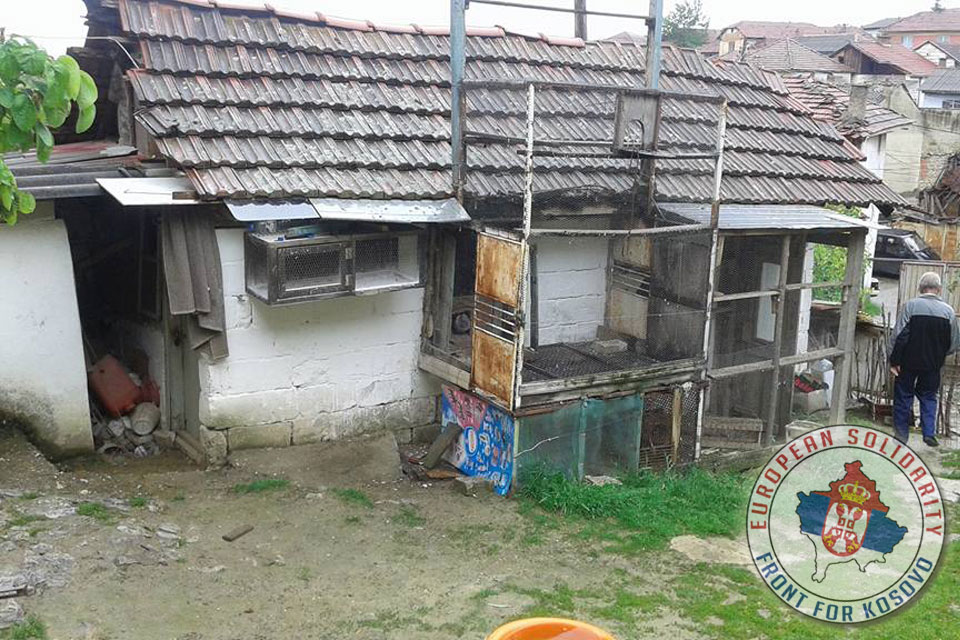