Radio Goraždevac: A lack of jobs is the main reason for the exodus of young people from the Serbian part of Orahovac 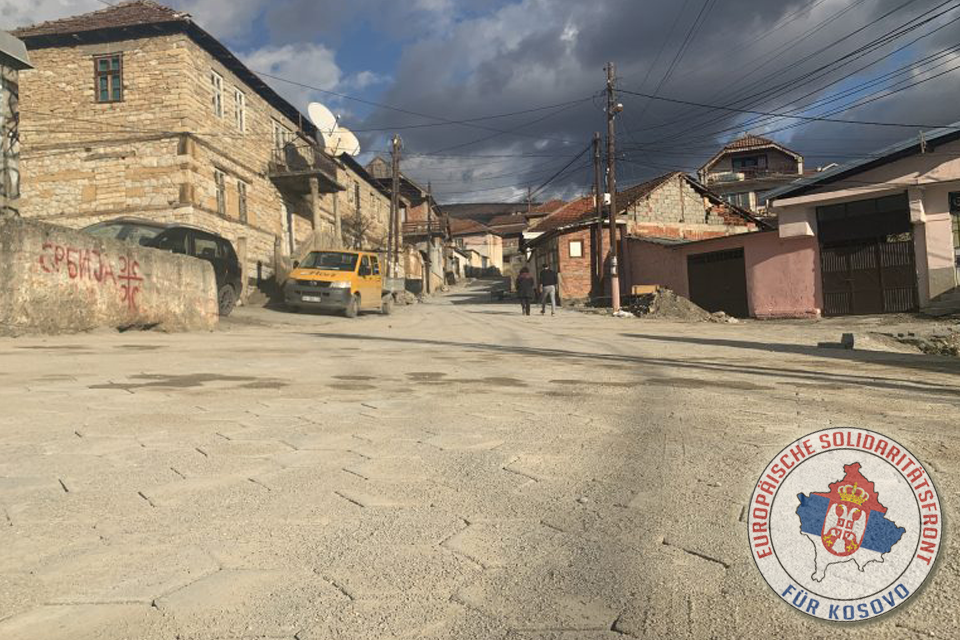 ORAHOVAC. Young Orahovac residents from the serbian streets in this city say, that they would most like to live in their hometown, but the lack of work prevents them from doing so.

The last few months have been devastating for the residents of the upper, Serbian part of Orahovac. About a dozen people from Orahovac of different ages moved away for different reasons in search of a better life in central Serbia.

The youngest among them, brothers Nikola (23) and Timotej (21) Matić, moved to Belgrade due to, as they say, the search for a more normal life, as well as to earn money and thus make it easier for their parents.

“I went first, I got a job through my father’s friend, so I invited my brother to come. We love our Orahovac and so far we have not thought of leaving. If there was work down there, we wouldn’t have left, it’s not easy to survive on just your father’s salary. We are young and we need to gain work experience and earn money for ourselves. Up there, life is completely different, you have to work, everything is hectic, we don’t have much free time, but we have somewhere to spend that free time. We take a walk, drink coffee somewhere, we have a lot of choices, and we didn’t have that in Orahovac. Not a single cafe, no other activities, everything was monotonous. For now, we have managed and we believe that we will get better and better”, says Nikola Matić.

“Also, our uncle’s brother (twenty-three years old) came up and he got a job right away, so we have company. We believe that we will stay up there to live, because many young people from Orahovac went to central Serbia in search of a better life and almost no one came back. Maybe one day, if things get better, we’ll return home and start a family there, for now we’ll try and work, whatever happens” – adds the older of the Matić brothers.

There are now about 250 Serbs left in Orahovac who live in a couple of streets around the church. The youth has been reduced to a minimum, and their biggest problem is the lack of work, as well as the fact that they do not have the conditions that the youth in other areas have.

There is no Serbian cafe, gym, cinema, sports center, or any other type of entertainment in this town, and all of these were available to the Serbs in Orahovac before the war.

Now only those who managed to get a job remain, and a few who hope to get a job in the near future in order to survive, among them there are also university-educated ones. The only bright spot are the children, who are about 60, in age from the youngest to 15 years old, which is a large number compared to the population.

However, the conditions in Orahovac are harsh for them as well, considering that they have no activities other than school and kindergarten, and they play on the street, because they don’t have a playground.

Once upon a time, before the war, about 3,000 Serbs lived in Orahovac, and then, for various reasons, that number decreased year by year.

Mostly, after 2010, young people left en masse, because they had no work. Most of them started their families and in order to provide them with living conditions, they had to go somewhere where they could work and earn money.

Many of them say that they would have stayed in their native region if they had at least minimum wages to support their families.

However, there was no understanding from the competent institutions, so people were reluctant to move, taking their families, parents, and friends with them.

The situation is a little better at the moment in nearby Velika Hoča, but there the story regarding the employment of young people in the last ten years is the same.

There are also unemployed young people in this place and also many families went to central Serbia in order to have better living conditions, and hardly anyone came back.

A number of young people even go abroad (mainly Norway), in order to earn money for themselves and their families.