PRIZREN. According to reports of the portals RTS and Kossev, the house of family Petrović from Mušnikova, near Prizren, was broken and completely destroyed the facility.

The front door was broken and almost all rooms and furniture devastated and destroyed. In the living room, floors and walls were destroyed, and family photos were thrown to the floor. Even the icon of the patron saint of the family was damaged. The nun Irina Petrović discovered the burglary when she wanted to visit the family house.

„They desecrated the icon of St. George, our family patron, there is nothing to take away. Everything that had value was destroyed. This is a pure provocation and pressure on my family“, said the nun Irina and further reports that the trees around the house at the entrance to the village were felled and the yard was disfigured with tires and other debris.

The incident was reported to the Kosovo police. In the past, the family’s home had been the target of such attacks several times, which is why the Petrovićs had to renovate their house several times. 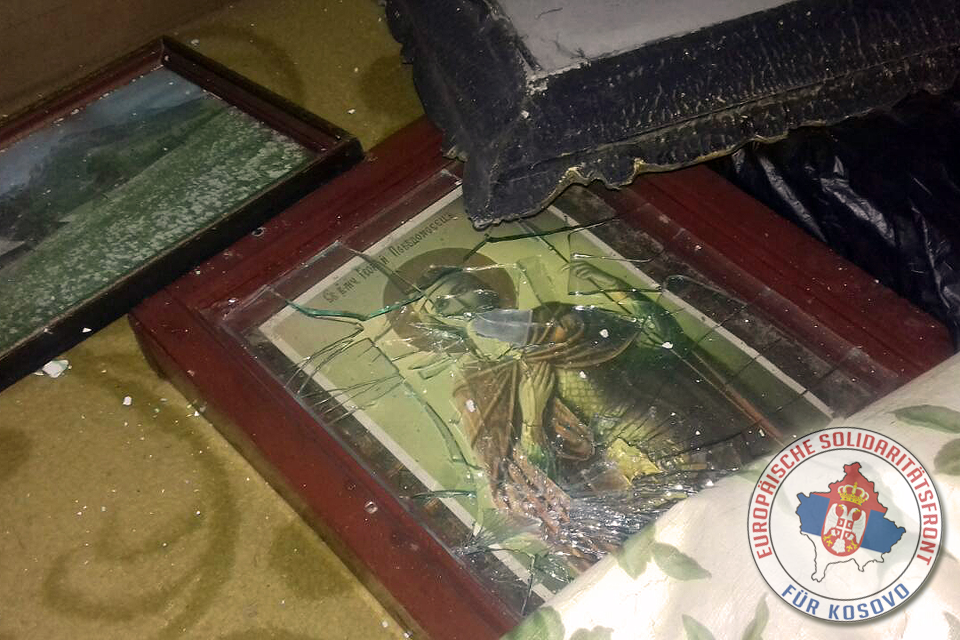 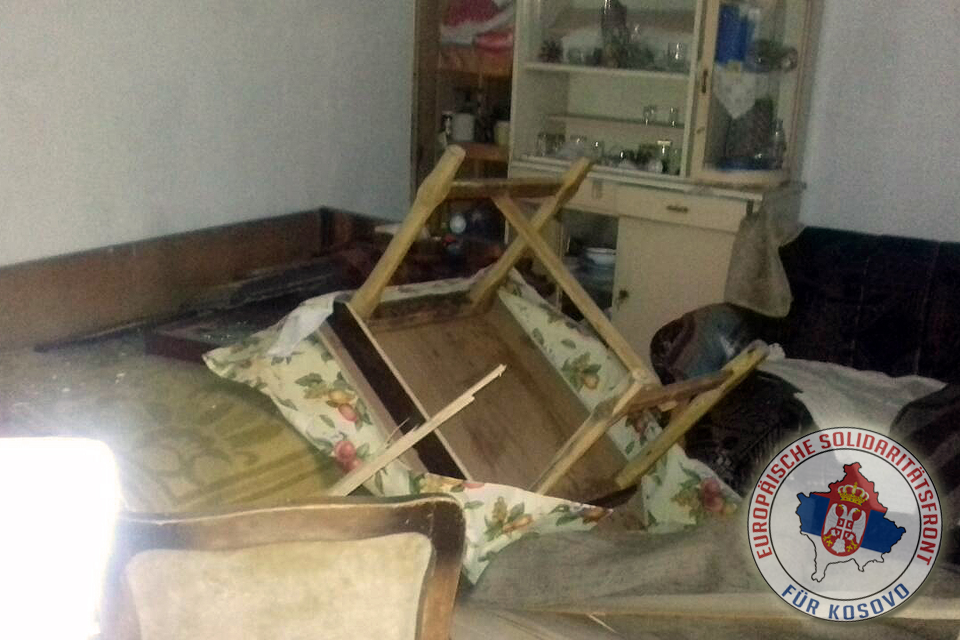