For the past 6 years, the European Solidarity Front for Kosovo (ESFK), with volunteers from many European countries, has supported the Serb minority in Kosovo and Metohija as far as possible. Not only families in need, but also schools, kindergartens, humanitarian institutions and other contact points regularly belong to the institutions supported by the ESFK. After our two trips last year and the big fundraising in favor of a new cow for family Micić from Velika Hoca in March of this year, there will be a Mission Kosovo in 2018 as well. After completing a number of projects in 2017, our volunteers will visit more locations during their upcoming trip and initiate and implement new aid projects. The focus will be on children of the athletics club of the „Vuk Karadžić“ school in Prilužje, one of the oldest in Kosovo and Metohija, as well as on the tragic history of the Kostić family.

„The family Kostić from Retimlje is called the most tragic family in Kosovo. First, Jugoslav and Saško Kostić were abducted by the KLA in July 1998. A week later, after three days of siege, the members of the KLA who came down from Mališevo to Orahovac attacked the Kostić´s houses on 17. July in the afternoon, as well as the Serbs in Orahovc and the villiges of Retimlje and Opteruša. The first to be killed on his doorstep was the 62-year-old farmer Anđelko Kostić. Then all who were there were captured – among them fourteen Kostićs. Živko Kostić, the son of the killed Anđelko Kostić, was given two hours to bury his dead father. A coffin was made of boards and blankets, and two or three people were escorted by uniformed members of the KLA to a cemetery to dig a grave. The Serbs were then taken to the funeral, which was carried out without priests and other serbian customs. They were then returned to the center of the village and lined up. The women greeted their sons and husbands. The men were loaded into a truck and taken to the village of Semetište. They were never seen again.

The father of the abducted brothers Jugoslav and Saško Kostić, Dragoljub Kostić, died on 5 February 2018 at the age of 83 years. His wife Ruža and daughter Zlata were abducted on 18 July 1998 with nine other women and one elderly man from their village, but were released from the KLA camp because of the immediate intervention of the International Red Cross. After their release, as the members of the KLA had burned down all serbian houses in the village, Dragoljub Kostić did not want to leave Kosovo and Metohija. Instead of seeking salvation for the rest of his family in safe, central Serbia, he remained in the nearby serbian village of Velika Hoča, hoping to be closer to his abducted sons, for whom he had not lost the hope of life and for whom he continued to seek, especially after the arrival and deployment of the International Peace Forces.

In 2011 he lost his wife in this fight, which died of sorrow and concern for the sons, and he stayed alone with his daughter Zlata. Ignoring his age and illness, whose treatment he always postponed, he submitted to his only goal – to reveal the fate of his sons, who, as he said himself, kept him alive. He sensed that his end was near, and now spoke with dull hope in his eyes: ‘People, if you have not helped me and my abducted sons, at least help my daughter, who stays alone and without any income for life.’“

We also see our work as a clear signal that not all people in Western Europe agree with the NATO aggression and its direct and indirect consequences! We document all our activities on our website. Through our close contacts with the people and institutions in the region, we are able to donate very targeted. We work completely transparent. All missions and operations are documented on our web page. Our travel costs are funded entirely privately! From donations local people benefit 100%!

Surely we can not save the whole world, but we can help make it a bit better.

Support us with a donation! 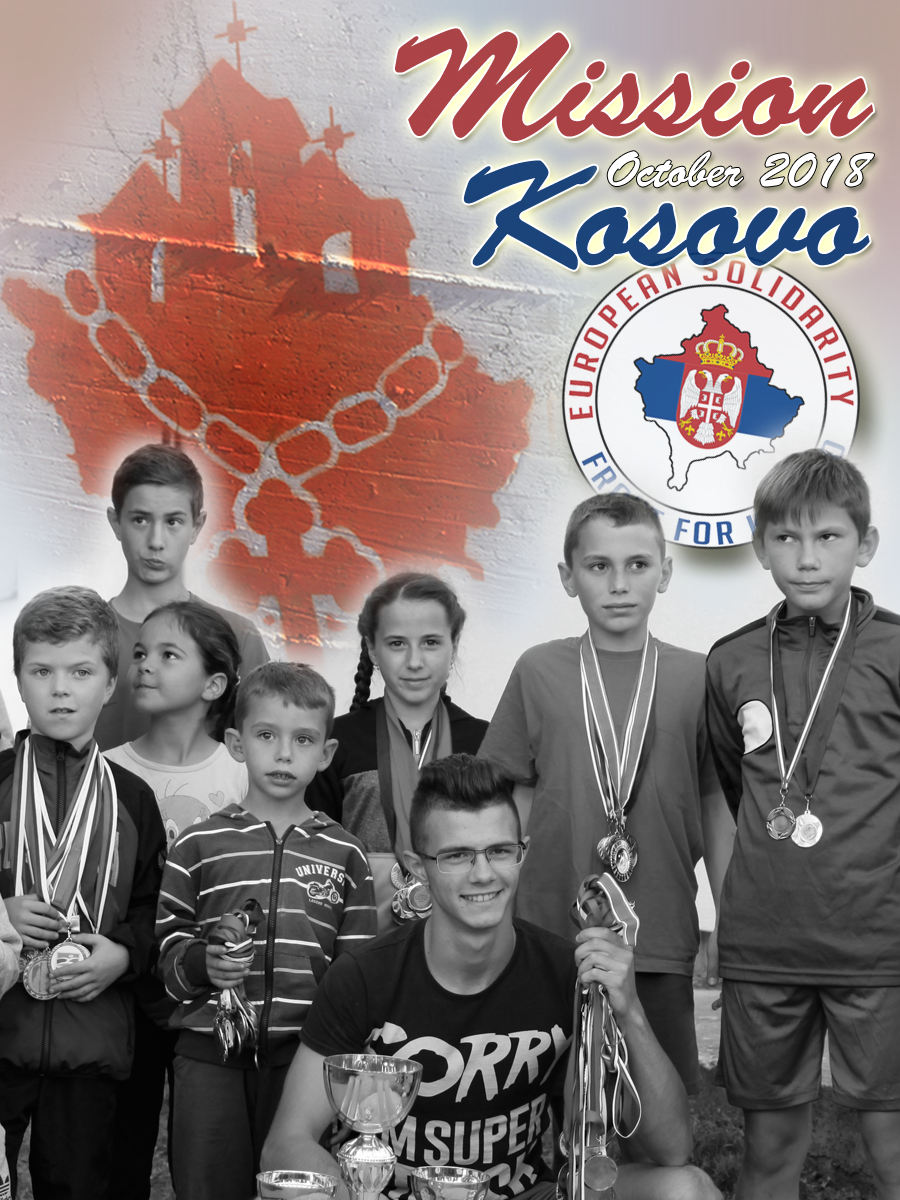